The Dotted Line: What builders need to know about the Brazilian plywood 'ban'

Will the material be the next Chinese drywall, or are American manufacturers trying to exclude a cheaper alternative from the market?

Is Brazilian plywood the next Chinese drywall, or are American manufacturers just trying to exclude a cheaper alternative from their market?

That’s the question contractors need to consider as a dispute between the U.S. Structural Plywood Integrity Coalition and third-party certification firms continues to play out in federal court.

In May, a federal judge in the Southern District of Florida barred PFS-TECO, a Wisconsin building products ratings firm, from giving U.S. PS1 standards certification to plywood mills in southern Brazil. The injunction also required the firm to revoke any existing PS1 certificates and grade stamps already issued.

But just weeks after the injunction was issued in late May, another firm, Forestwood Industries Inc. of Wading River, New York, started giving its own PS1 certificates to the same mills in Brazil. The U.S. plywood coalition then filed a request for another injunction against Forestwood, too.

“It does seem to be kind of curious that just days after the permanent injunction was issued, you suddenly have this new company that popped up for certifications, and everything was in line and ready to go,” said attorney Jeff Thomen, a partner at McCarter & English in Hartford, Connecticut, who specializes in construction defect claims. “It’s kind of almost a whack-a-mole situation.”

In a filing Monday responding to the request for the new injunction, Forestwood’s lawyers disputed the plywood coalition’s characterization of it as a “fly-by-night” organization. “Forestwood is a company with deep roots in the lumber production industry, extensive experience in evaluating and assessing the quality of plywood, and is fully compliant with the duly-issued accreditations by its co-defendant,” the firm’s filing read.

The weight of the PS1 standard

The PS1 standard applies to structural plywood, and is required in most U.S. building codes for panels to be used in walls, roofs and flooring. Contractors must install PS1 sheets with their stamps facing down on roofs and up on floors so building inspectors can confirm materials meet code.

The May 23 injunction stems from a 2019 lawsuit filed by the plywood coalition, which comprises nine U.S. plywood companies, alleging PFS-TECO wasn’t performing adequate testing of the Brazilian plywood, but issued the PS1 stamp anyway. The result was false advertising, the complaint alleged.

Since southern yellow pine grows faster in southern Brazil than in the U.S., the coalition argued, Brazil’s pines produced veneer that is significantly less dense and therefore weaker. It said it commissioned four independent tests that showed Brazilian PS1 plywood failed bending stiffness requirements at least half the time.

Haglund compared the situation to the infamous Chinese drywall issues of the mid 2000s. Then, contractors had to make call backs for drywall that allegedly caused health issues to occupants and other damage in numerous buildings, often having to rip it out.

In his release announcing the court's injunction, Haglund argued the order effectively mandated suppliers to either remove the PFS-TECO-issued PS1 grade stamp on each existing panel in their inventory before resale, or destroy the panel entirely.

“As a result, everyone currently holding this inventory is now on notice that it should be considered off-grade,” Haglund said.

The faster growth cycle also allows Brazilian mills to sell their panels at steep discounts to U.S. suppliers, which means the coalition has a business motive to call out the Brazilian wood. In 2021, Brazilian plywood accounted for 11% of U.S. supply with nearly 1.2 billion square feet sold.

Asked whether the litigation was simply an attempt by U.S. manufacturers to bar a cheaper, foreign competitor, Haglund said no.

“The plaintiff coalition of U.S. plywood producers has no issue with producers of foreign plywood selling their product into the U.S., provided it is on grade and manufactured to the same required specifications that PS1 imposes on U.S. manufacturers,” Haglund said. “It's all about a level playing field and fair competition.”

Scott Drake, president and CEO of PFS-TECO, told Construction Dive the firm agreed to settle the case and not contest the injunction to put the litigation behind it.

“It was a pure business-risk decision,” Drake said. “We conceded no fault or error. It was a way for us to be able to exit the lawsuit.”

But Drake countered that suppliers weren’t legally required to obliterate the stamps or destroy existing panels before resale.

“The injunction does not prohibit, limit, or restrain the sale or use of the products labeled with PFS-TECO mark on or before May 31, 2022,” PFS-TECO said in its own release after the injunction.

As for Forestwood Industries, the certification firm that stepped in after PFS-TECO, Drake said that he was aware of the company, but that his firm was not affiliated with it.

When asked about the timing, Drake said the firm may have simply seen a gap to fill.

“I'm not super familiar with it, but they’re an accredited third party that established relationships in Brazil based on kind of the open market when [we] exited,” Drake said. “They must have felt there was an opportunity.”

What it means for contractors

The situation leaves contractors in a gray legal area as to what they should do if they’ve used any of the panels in question.

“As a contractor, you don't have a responsibility to independently test the wood to determine whether the certification is proper,” said William Davell, a director at the Tripp Scott law firm in Fort Lauderdale, Florida. “You're relying on this certification company.”

Contractors also don’t always know where their materials originate from. “If I’m a construction company, I just buy PS1 plywood from my supplier,” Davell said. “I don’t know if he got it from Brazil or Alabama.”

But that also doesn’t mean they’re off the hook.

In the Chinese drywall cases, for example, contractors were widely held to be victims to the same extent as owners and residents of properties, according to Kelly McCann, an attorney at Burnside Law Firm in Portland, Oregon.

“That didn’t mean contractors didn’t have to pay for the defective drywall,” McCann said. “Lennar, one of the largest homebuilders, allocated over $80 million to resolve Chinese drywall claims.”

For that reason, attorneys said contractors should talk with their suppliers to determine first if they have used any Brazilian plywood in their builds. If they have, that could put them in a difficult position.

“Contractors generally promise that their work and materials will be free from defect,” said Marc Gravely, a construction defect lawyer in San Antonio. “In this case, they cannot meet their contractual obligations as the materials are known to be defective and not in compliance with the building code.”

Gravely and others advised contractors to reach out to clients if they know they used the Brazilian plywood in question.

“In Oregon, I would generally advise contractors to notify project owners of the defective plywood, and notify the contractor’s insurance company at the same time,” said McCann.

Attorneys suggest putting strong indemnification clauses in contracts, and asking to be named as an additional insured on suppliers’ insurance policies, in case a supplier becomes insolvent for a product liability claim.

Contractors can also point to third-party certification to try to push their liability back on their suppliers, though that doesn’t come without risk.

“Oftentimes, when you try to push that liability back upstream, companies can go bankrupt,” Thomen said. “If so, you’re left holding the bag.”

As the Atlantic hurricane season began, the White House announced the launch of an initiative to make built environments across the nation greener and more resilient. The National Initiative to Advance... Read More » 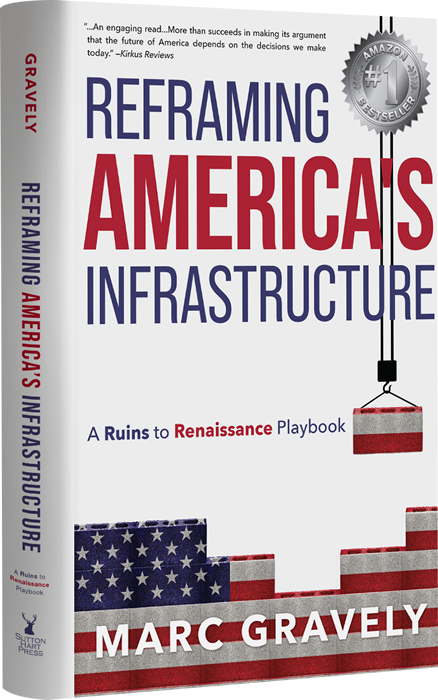